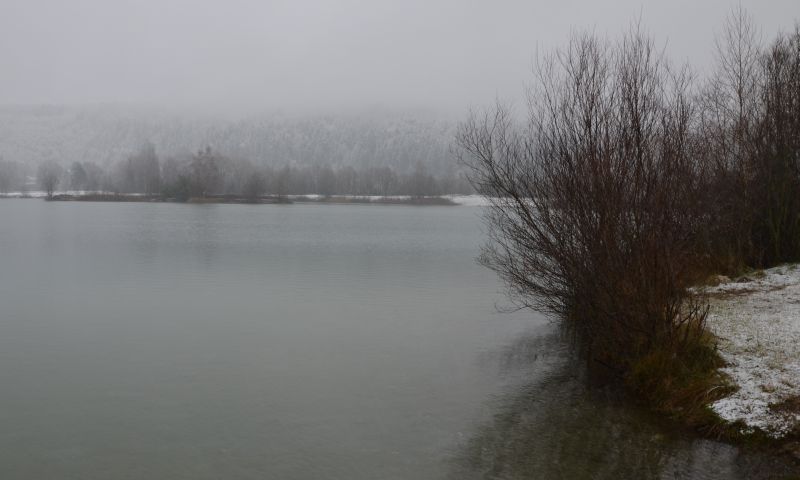 My first fishtank this millenium

As a small child I owned a freshwater fishtank (R.I.P.). Since I very much enjoyed the nice view to a small underwater world I decided to build up a new one. Small flats and frequent changes of them prevented me from having a new tank. This changed at least a little and after facing a few very cold, dark winters and seeing aquarium plants and fish in nature (see other blog entries: „Warmbach“) it was too much finally and I bought a „semi-mobile“ 60cm tank. Since I read very much before setting it up I’ll give a small tutorial later. Here I’ll first show my tank.
The tank is 57*35*30cm (Tetra AquaArt 60). In addition to the complete set I bought a thermometer, a mat to put under the aquarium, a back foil, tubes and chemicals.

First I put washed sand in the tank. I decided to take bright one, to get a little „carribean“ style instead of a more mysterious one, which you get, when using a dark ground. It’s very nice in the beginning but probably the worst case in maintenance, since you see every slight amount of dirt. I didn’t care for this, since the tank is mainly for practical learning and growing some plants. For a permanent, more decorative tank I’ll have a bigger one in a few years.

Next I added a few beech roots.

(to be continued – right now I’m facing technical problems uploading pictures. I’m trying to solve this and continue with pictures…)

For the upcoming gardening season I took a few old seeds I had, some I got as a present last time ordered something in the gardening shop and some new bought ones. Planted at the same time let’s see how germinates first.

…Canada! Yes it’s true. obviously the canadian poppy team have no problems with the austrian climate. After only 4 days the first seeds started to germinate. Not 100% sure it’s not the malves, but 90%. Have to wait for the video analysis to be completely sure, but it seems like the poppy „canadian mix“ secured the first place in the germination run with an impressive performance.

Stay tuned for the second place…

6 days. Less than one week. Already the second plant started to germinate. And it is…. the „high tagetes“ I bought 4 years ago. Still faster than the 10 years old seeds. I guess this makes a difference – let’s see how much. I guess the seeds are quite robust, because the plant uses to seeds itself for the next year. Of course ten years is a long time, so I’m not sure how many of those old seeds from the various plants are still alive. Interestingly the four year old seeds could overtake even one kind of fresh seeds.

Bad news for Canadians and poppy fans in the world championship of germination in my flat! The poppy is no poppy. Unfortunately the seeds of the other plant in the same pot looks very similar. Sorry,  it was my mistake since I couldn’t take ten pots for the ten kinds of seeds. Now with more and more seeds germinating I can clearly identify the section of the pot and have to say, it’s the red-and-white malve mixture which was the first to germinate. Of course this scandal goes down to the referee. All this talking about climate adaption of the Canadian plants to the very similiar austria weather – nonsense! The Austrian flag is red-white-red and the red-white-red malve mixture won! It’s clearly a political thing.

One week passed 20% of the plant seeds started germinating. The third place is still to come. Next week will probably be the most interesting one, as according to the seed packs ~10days is an average germination time. Let’s see how many of the very old seeds make it and if they need a third week to wake up.

plant seed germination: and the third place goes to…

After winning the first price, losing it again, the canadian mixed poppy now germinated third. Still quite good. The package said 10-15 days for germination, now after one week the first ones already grow tiny leaves. So the first three places are done. They all go to bought seeds, outperforming my own collected one. Yes, also in this contest it’s all about money ;-). Seriously: I think the age of the seeds make the difference. So maybe leaving them ten years in your flat – not particular cold or dry seems to be quite tough for them. Let’s hope we’ll get some plants despite. So if you plan to keep seeds for a long time, you should think about how to store them or if you can replace them from time to time with fresh ones. As the tagetes showed – 4 years is still OK.

Three days after the bought seeds my first self collected seeds germinate. Almost the same as the bought ones. In both cases it’s tagetes. A higher version (bought, 4 years old) versus the „normal“ one (self grown, 10 years old). That’s 50% „slower“ for six year older seeds. So 10 years is not deadly for seeds. And after complaining they finally grew. So maybe complaining helps sometimes ;-).

Go rest of my seeds! (The bought stuff germinated to 100% already)

Just found a bulb of a Calla I removed from the soil during winter. Don’t even know exactly which one. I have a red one and a „picasso“ which is dark purple with white on the outside. One I already planted the other one I just did. I thought I’ll remember which one is which after winter. Obviously I didn’t. Let’s find out….

I wrote so much about the germination of the different seeds (and the not germination), I thought I’ll give an update on the Calla. It took two weeks of very wet soil and it started growing. I can see the first leaves coming out and a few root where they pushed the soil aside.  And this in both pots I used. I separated the bulbs because they were very distinct and now am confident, that I’ll grow a lot of plants from those bulbs.

Canadian poppies – which one is the toughest?

I bought a pack of seeds from a „californian mix“ of poppies. They are supposed to be red, white, yellow, orange, pink, purpleish… All colours which are somehow a mixture of red, white, yellow mainly. In one pack fit a lot of seeds. I didn’t put out all, but it was sufficient for >50 plants. They are really difficult to reposition. So getting them out of the pot I killed some, putting them into the soil I killed others. Some were killed by snails, some didn’t get enough water. So now I’m left with a dozen plants. Survivial of the fittest. And one by one they start blossoming. All in the same colour. So now I can answer the question, which colour is the toughest. I got now exactly 9 golden blossom and one yellow-orange. Another clear winner for orange.

Canadian Poppies in the internet

Interestingly searching for Canadian poppy in the internet doesn’t give my plant as a result. Only if I search for the german expression „Kanadischer Mohn“ I get the right pictures. It’s an impressive difference! How are they called in english?

I hope it’s not a sign for the soccer world championship in brazil. Holland played very impressive, but I’ll keep my fingers crossed for the german team. They are playing France tonight and I’ll watch with many French. Sounds fun. 🙂

This year I made an unintentional test. Which blossoms are best for feeding slugs. It was quite depressing, but if you have a slug problem. Don’t try those plants, except you want more of them.

5. Hostia: Hey, this one got only eaten after it flowered. Wow. Now the leaves get less and less…

4. Dahlia: Dahlia gets eaten slowly. So that you always think maybe it might survive. Maybe it does blossom. It most likely doesn’t. In my case 5,5 out of 7 died. The sixth I’m not sure and the seventh is heavily tortured.

2. Tagetes (Marigold): It’s a relative to the sunflower and seem to taste similar to the slugs.

1. Sunflowers: Impressive. Even when they are quite big. Every night a few of them get eaten.

Online 2.0 – a self experiment

The web 2.0 offers great ways of interaction for everybody. Despite having this blog for more than six years it’s rarely used. Visitors went down to after zero per day. Beginning of this year I decided to make the self experiment of actively participating in the web 2.0. An twitter account was already created and anused. A youtube account followed. I have a few hobbies I could write about and no clue what’s interesting for you. I don’t even know what you want to read and see. Not even if I should write in my mother tongue or english. What will come next is a mixed salad of different topics served in two language. I’m curious if I can find out what of this you’ll like. This will be the first message which will be blogged and tweeted at the same time. I’ll write updates of my progress. Please support me if you like it.

Three months ago I tired to get a bit more online. I started an english section in my blog, twittering, made a youtube account and videos and quite a bunch of new posts. Then quite fast a significant chang in my real life kept me there, so that I couldn’t follow up on this topic as planned. And now I have to say, for twitter and youtube I won’t be able to generate much new content during the next at least 3 months. But I want to take the time to summarize the first 3 months.

574 followers,53 tweets (sorry had to spam a bit ant the begining), 1 retweet, some favs and a lot of messages

I have to say, that  it’s really not so difficult to get some views or followers. But interactions is quite difficult. The same in the blog. So please comment. 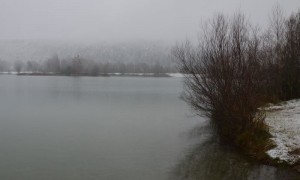 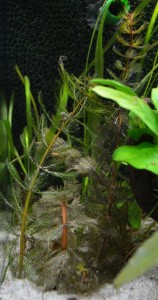 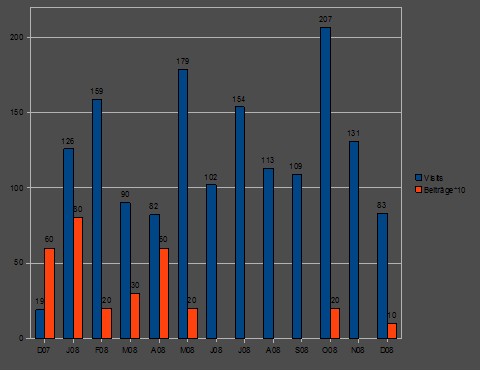